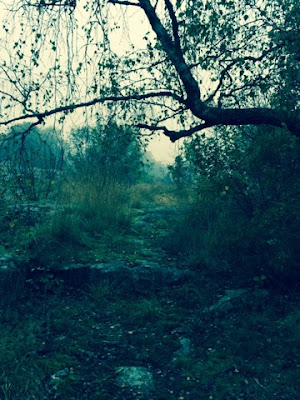 Wow, it's been quite a while since I last wrote a blog post! What can I say, this whole child-rearing thing? Kind of time consuming. Who'd have thought?
Well, fortunately The Babe is now officially a toddler, and I'm starting to get more writing time again, but the last year hasn't been a total loss, writing-wise. An old piece in Finnish "Kylmempi kuin jää" (Colder than Ice) earned an Atorox nomination, which was fantastic, and I was on my first writing panel talking about writing and publishing short stories in a foreign language at Joctocon. (A nice, cozy event that wasn't at all terrifying even for somebody as nervous about public speaking as I am.)
Around Easter I did some slush reading for the 2018 Nova writing competition. I know everyone says slush reading is an important learning experience for a writer, but they're absolutely right. I learned a lot, and it was fun. I absolutely recommend it. If you're worried about the commitment and time management like I was, a competition is pretty much an ideal solution, because it's a limited amount of work (134 short stories in this case, over about two months) with a clear deadline, and you get extra XP for time invested since there are other slush readers and you get to compare notes (there were four of us for the Nova competition). I'll do a post about the experience  later on in more detail if you want to know more.
I also took part in a very useful writing workshop hosted by the Science Fiction and Fantasy Writers of Finland. It was given by Reetta Vuokko-Syrjänen, a very talented writer (she won second place in the 2017 Portti writing competition, among other things) who is also a fantastic teacher and a very nice person, so do grab the chance to learn from her if you can. The workshop was titled "The Story is Broken," and Reetta did a very brave thing: instead of going the expected theory + exercise route, she shared an old story of hers from back from when she was starting out, something that clearly showed huge potential but illustrated a lot of those not-quite-rookie mistakes that the intermediate writer will run into. She then took a problem based learning type approach to fixing those issues, and she rewrote the story, showing us the power of editing in action. And the best thing? I actually managed to edit a story that's been giving me trouble all year and sent it to the Portti competition.
I haven't written much else, only a few flash fiction pieces, but I've been thinking about a book project more and more, so a lot of world-building and prep work.
And I've read a lot. Yes, even the Proust Project is nearing completion, only one volume to go! I've burned through the backlog of books in my TBR pile and also explored some books with nontraditional structures. I'm especially into Japanese authors at the moment. (If you don't know about Osamu Dazai, go read No Longer Human right now, it's mind-blowing!)
So, that's what I've been up to. I love fall, it always feels like a time of new beginnings and possibilities, so I'm going to take full advantage of all that positive energy. Hope you're having a nice productive September, too.