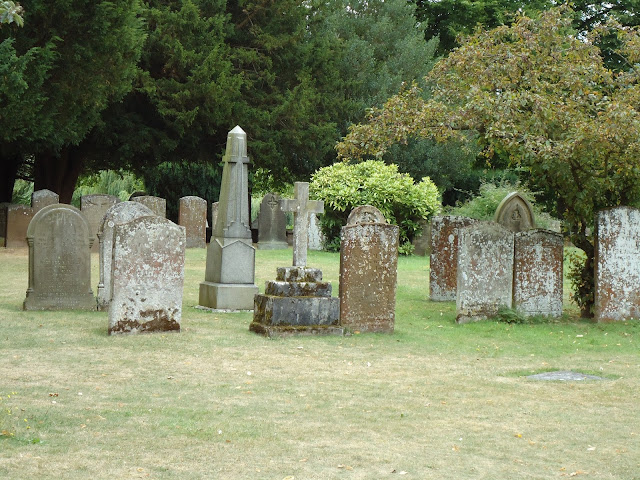 The final week of class already. This has gone by so fast! The theme this week was peace and reconciliation, appropriately enough.

We studied Whitman's prose writings from Memoranda During the War. In "Two Brothers, One South, One North," a short piece about brothers who ended up fighting on opposite sides and wounded in the same battle, Whitman tells of the personal cost of the war, of families torn apart. But there is alway hope of mending what was broken: the younger brother asked to see the elder, who at first refused, but the younger brother came to his bedside anyway and they reconciled. Both brothers died of their wounds a short time after.

In "Convulsions," Whitman briefly worries that his memoranda will read as "a batch convulsively written reminiscences," but then he goes on to say that convulsiveness is actually the best way to describe the war. I was immediately curious about the etymology of the word, but Professor Folsom saved me a trip to Etymology Online by including the origins in his introduction: convulsion is of Latin origin, from com "to come together" +  vellere "to tear apart."  A fitting sentiment.

In "Three Years Summ'd Up" we see again the idea of reconciliation. Whitman talks about volunteering at the hospitals and points out that it didn't matter to him which side the wounded had been on, he comforted them just the same. In his Sequel to Drum-Taps, he puts the idea into poem form in  "Reconciliation."


ReconciliationWORD over all, beautiful as the sky!
Beautiful that war, and all its deeds of carnage, must in time be utterly lost;
That the hands of the sisters Death and Night, incessantly softly wash again, and ever again, this soil'd world:
…For my enemy is dead—a man divine as myself is dead;
I look where he lies, white-faced and still, in the coffin—I draw near;
I bend down and touch lightly with my lips the white face in the coffin.           --Walt Whitman, Sequel to Drum-Taps

In his foreword, Professor Folsom speculates about the use of the word "white" here. Whitman's notes concerning this poem haven't survived, but he tended many black soldiers in the hospitals and also wrote down their experiences, so it is possible that the "I" in the poem is a black soldier. Why else would Whitman so emphasise the word "white"? Folsom also pointed out that others see it as exactly the opposite, an exclusion of the black soldiers who also fought in the war, or a betrayal of the liberated slaves by expressing kinship between white men on different sides.

In the lecture, Professors Folsom and Merrill pointed out that Whitman doesn't really explore the issues of slavery and the emancipation of the slaves in his wartime poetry. Perhaps to amend this, he later added the poem "Ethiopia Saluting the Colours" to Drum-Taps. It's a strange poem to read. Is Whitman racist?

Ethiopia Saluting the Colors
1
WHO are you, dusky woman, so ancient, hardly human,
With your woolly-white and turban’d head, and bare bony feet?
Why, rising by the roadside here, do you the colors greet?
2
(’Tis while our army lines Carolina’s sand and pines,
Forth from thy hovel door, thou, Ethiopia, com’st to me,
As, under doughty Sherman, I march toward the sea.)
3
Me, master, years a hundred, since from my parents sunder’d,
A little child, they caught me as the savage beast is caught;
Then hither me, across the sea, the cruel slaver brought.
4
No further does she say, but lingering all the day,
Her high-borne turban’d head she wags, and rolls her darkling eye,
And curtseys to the regiments, the guidons moving by.
5
What is it, fateful woman—so blear, hardly human?
Why wag your head, with turban bound—yellow, red and green?
Are the things so strange and marvelous, you see or have seen?            --Walt Whitman, Drum-Taps

The instructors point out that you have to consider the narrator here: a racist union soldier. The slave-woman's voice is only heard briefly, and even then she uses the object form "me" instead of the subject "I," like she still thinks of herself as an object, property. Maybe what Whitman is trying to show is that the American flag was suddenly a symbol of something positive to her? The union soldier doesn't understand that, can't see things from her perspective. I don't know what to make of this. I'm very interested to see what the African-American writers in our course think.


We also studied the final poem of Drum-Taps, "To the Leaven'd" Soil They Trod," that has a palpable tone of relief and rebuilding.

To the Leaven’d Soil They TrodTo the leaven'd soil they trod, calling, I sing, for the last;
(Not cities, nor man alone, nor war, nor the dead,
But forth from my tent emerging for good—loosing, unty-
ing the tent-ropes;)
In the freshness, the forenoon air, in the far-stretching cir-
cuits and vistas, again to peace restored,
To the fiery fields emanative, and the endless vistas beyond—
to the south and the north;
To the leaven'd soil of the general western world, to attest
my songs,
(To the average earth, the wordless earth, witness of war
and peace,)
To the Alleghanian hills, and the tireless Mississippi,
To the rocks I, calling, sing, and all the trees in the woods,
To the plain of the poems of heroes, to the prairie spreading
wide,
To the far-off sea, and the unseen winds, and the sane im-
palpable air;
…And responding, they answer all, (but not in words.)
The average earth, the witness of war and peace, acknowl-
edges mutely;
The prairie draws me close, as the father, to bosom broad,
the son;
The Northern ice and rain, that began me, nourish me
to the end;
But the hot sun of the South is to ripen my songs. FINIS.          --Walt Whitman, Drum-Taps

This feels like the perfect end to Drum-Taps, doesn't it?

Our last assignment was to compose a piece grounded in the possibility of hope and reconciliation.