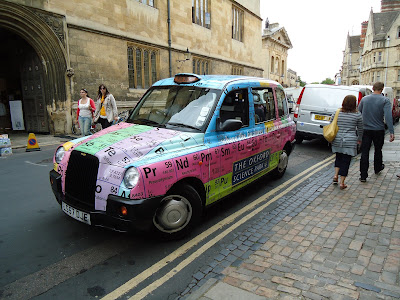 Ahh, Captain Obvious, he's ruined countless perfectly fine stories with his annoying, rub-your-face-in-it ways. The stories he's touched have that same issue: a lack of subtlety. (You can have the opposite problem also, but that's not as common.)

And how to spot if Captain Obvious has visited your story?

The worst part is that we writers tend to be blind to this in our own work, so that's another good reason to have a beta-reader or a critique partner read your stuff. There are some tell-tale signs, though: on-the-nose dialogue, overly insightful characters, wordy description that leaves nothing to the imagination, repetition of information, and stating the story's message outright multiple times so the reader can't possibly miss it.

And how to fix it?

A lot of information is clear from context, and readers actually like filling in the blanks with description: don't waste valuable word count on obvious, banal description, but pick a few interesting, original, and meaningful details to show. The reader will fill in the rest. Regarding your message or theme, it's most powerful when it remains unsaid. Don't make your subtext a text, let it your characters make your point for you, and don't forget to balance it with an opposing view.

Subtlety is always better, in my opinion, and that goes for backstory, too. Give the reader only what she absolutely needs to know. Beware long paragraphs of exposition and pointless flashbacks, especially at the beginning of your story. Odds are that the reader doesn't care about what happened to your protag's dog when she was five, at least in the first scene. If the dog's fate figures in the story and you absolutely need to show it to the reader, leave the flashback until later, when the reader has gotten to know your character and is invested in her fate.

Talking about exposition, have you met Captain Obvious' annoying cousin, Bob? Full name: As You Know, Bob. Where there's exposition, there's Bob, ready and willing to discuss info he and the other character already know for the reader's benefit. Again, subtlety goes out the window. There are other ways to insert the information into the story. Drop a chunk here, a tidbit there. Filter the info through character, use internal monologue, etc. Dialogue is fine, too, as long as it doesn't slip into a science lecture. It's also a good idea to think about how much the reader needs to know. Is all that information necessary?

Today, go over your story for these issues and give Bob and the Captain the boot. It'll be worth the extra work, I promise.