So - 1,200 hours of radio and 703 references to alcohol. Maths isn't my strong point, but I make that one reference to alcohol about every hour and three quarters, on average. And that's any reference to alcohol, not necessarily celebrations of "excessive drinking". Hardly a shocking statistic.

To be fair, the online version of the story includes far more detail and is the better for it. However it baffles me for a different reason, stating as it does:

Of these, 179 involved comments made by presenters and another 45 were comments initiated by co-presenters, studio guests and members of the audience.


So who or what made the remaining 479 references to alcohol if not presenters, co-presenters, studio guests and audience members? Jingles, maybe?

It's worth noting that the study was funded by "the Department of Health and the Home Office as part of the Know Your Limits campaign". So not biased at all, then. 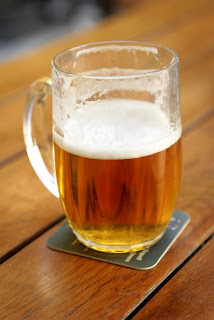 And sorry if this blog post is slightly less clear than it might be. I've been conducting some research of my own this evening...