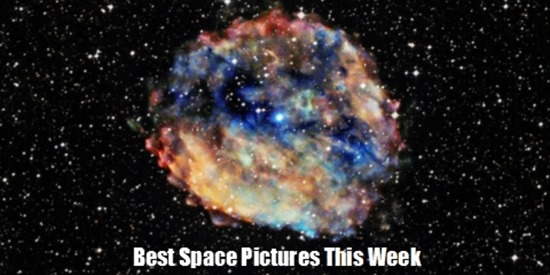 See a Slowpoke Star and a Rare Double Eclipse
By Michael Greshko, National Geographic News, 9 September 2016.
This week, Hubble catches a glimpse at one of the Milky Way's most unusual building blocks, scars of an ancient flood carve the Martian landscape, and a satellite reveals the devastating damage wrought by fires.
1. Slowly Shimmering 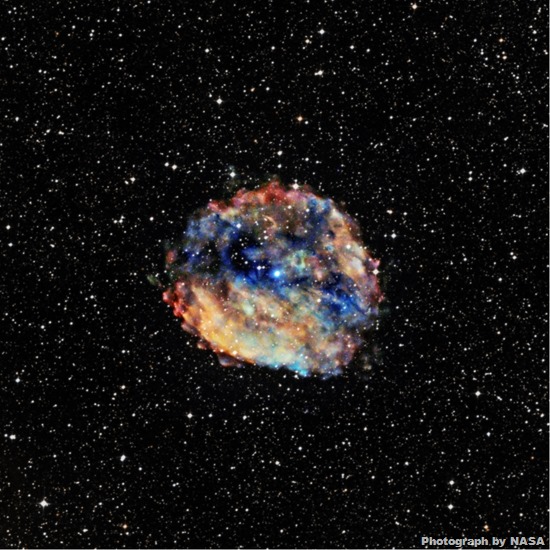 RCW 103, the remains of a supernova about 9,000 light-years away, cloaks the neutron star 1E 1613. The neutron star may be the slowest-spinning pulsar ever detected, rotating once every 6.5 hours.
2. Polar Explorer 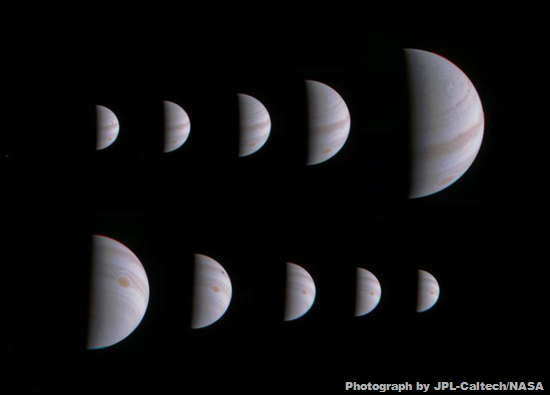 NASA's Juno craft took this montage as it made a close approach of Jupiter on August 27, 2016. The images were taken about every 10 hours - one Jupiter day - so the Great Red Spot appears fixed.
3. Hidden Nurseries 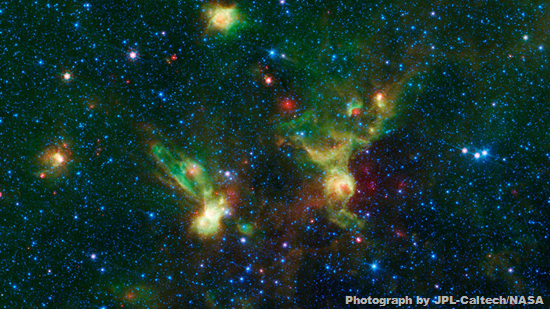 NASA's Spitzer Space Telescope takes an infrared image of two regions of star formations within the Milky Way. The stellar nurseries are hidden behind a dusty haze, obscuring them in visible wavelengths.
4. This Island Mars 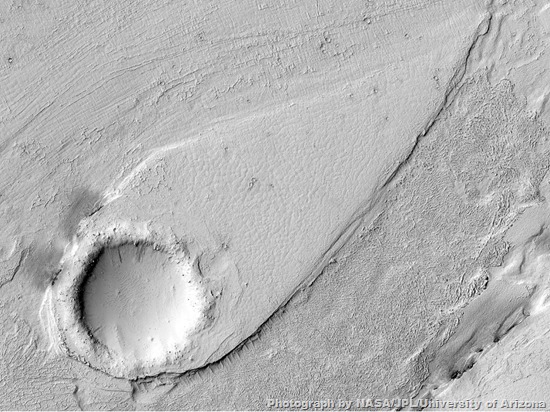 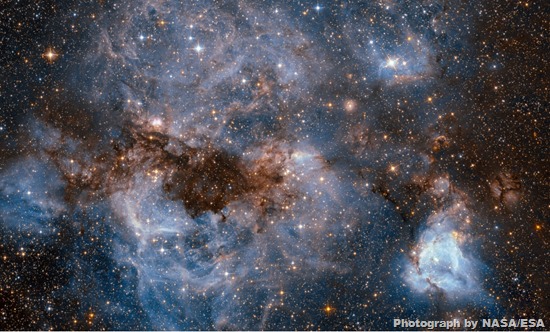 Hubble shows churning gas and dark dust in the Large Magellanic Cloud, one of the Milky Way's satellite galaxies. Known as N159, this stellar nursery is more than 150 light-years across.
6. Partial Eclipses of the Heart 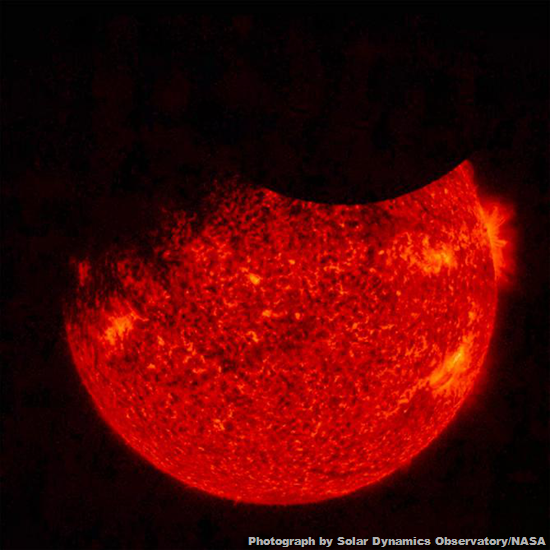 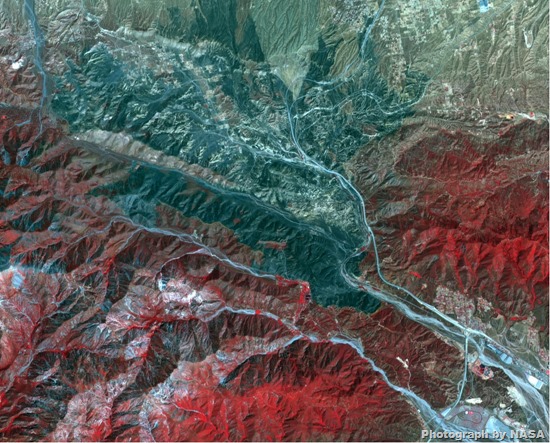 NASA's Terra satellite reveals the damage from the Blue Cut fire, which burned aggressively through parts of Southern California in August. Healthy vegetation is red, with burnt areas shown in shades of blue and gray.
8. Luminescent Lego