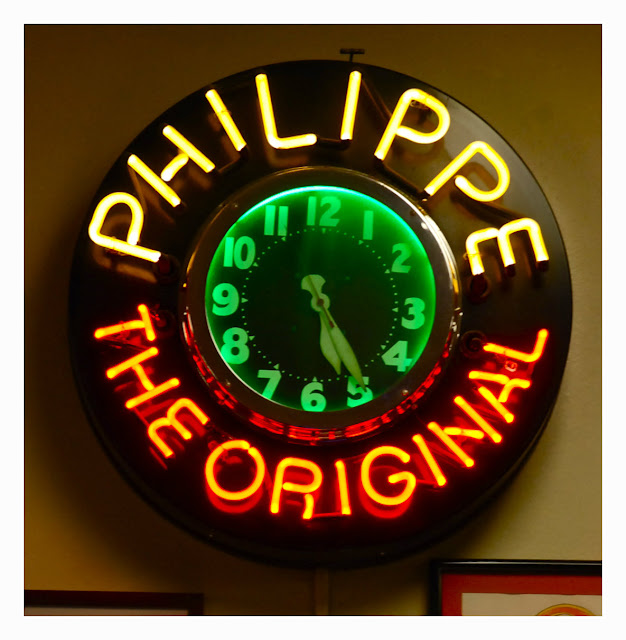 Although the restaurant opened in 1908 in a different location, Philippe The Original, Home of the French Dipped Sandwich at 1001 North Alameda Street in Los Angeles hasn't changed much in 105 years, and that's just the way Angelenos like it.
You line up, order your french dipped sandwich and find a seat at one of the long, communal tables.
In 1951, Matt Weinstock, a reporter for the Los Angeles Daily News wrote ". . . Philippe's was something special. It had sawdust on the floor and cracks in the wall but you didn't care. You went there for the luscious French-dipped sandwich, the boiled eggs, the hot mustard, the potato salad, the cole slaw, the immense hunks of pie, the always hot mugs of coffee. You also woke up at night, maybe thousands of miles away, yearning for one of those sandwiches." 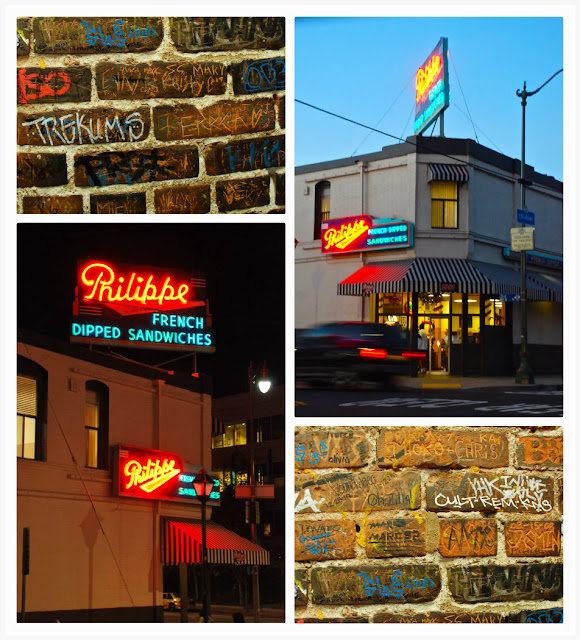 Legend has it, in 1918 the restaurant's original owner, Philippe (pronounced Fill-eeep) Mathieu was making a roast beef sandwich for a cop on his lunch break when he accidentally dropped the bun into the roasting pan still filled with hot juice. The congenial patron said he would take the sandwich anyway. He returned the next day with his friends who all asked to have their sandwiches "dipped" -and, as it goes in L.A., a star was born. 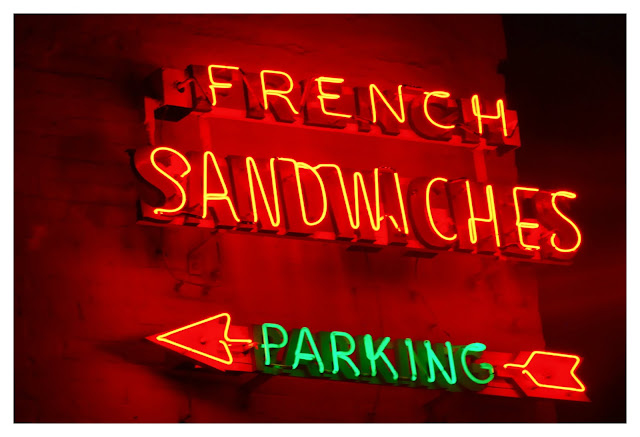 Today, a French dipped sandwich at Philippe's costs $6.50, and a jar of their signature hot mustard sells for $5.
The family-owned restaurant welcomes approximately 25,000 customers weekly, and serves up between 2,200 and 4,500 French rolls daily.
Not in the mood for a sandwich, consider joining the more than 300 customers each week who come in for the pig's feet.
Whatever you do, don't forget the pie! 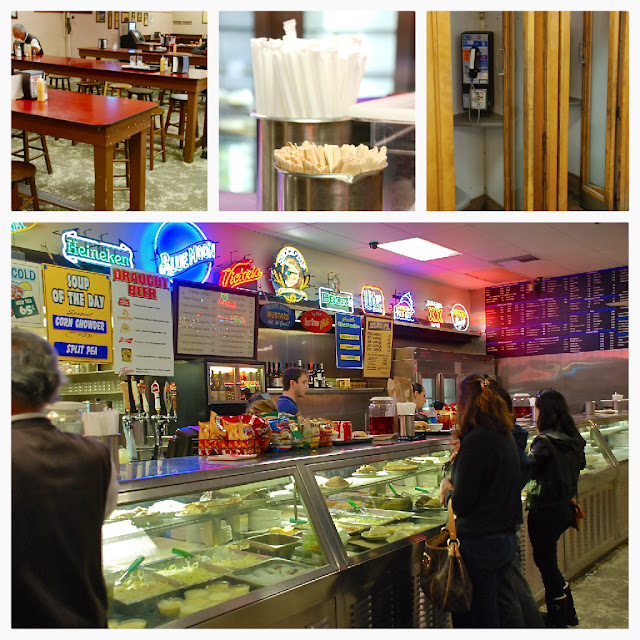 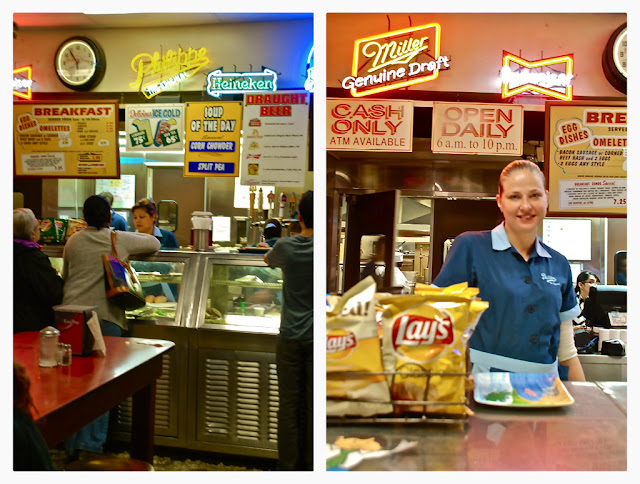 The busiest times at Philippe's are between 11:30-1:30 Monday through Friday, all day long on weekends, and will be filled to capacity before a home game at nearby Dodger Stadium.
In a city whose soul is sometimes (okay, often) called into question, it's places like Philippe's that remind us who we are and where we came from.
Viva la French dip sandwich!